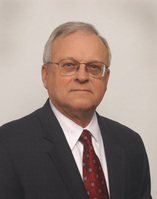 Steve Maslak supports Alliance clients in Executive Management Consulting and Smart Grid.  Prior to Alliance, Steve was CEO at Gateway Energy. He served on Gateway’s Board and brought about a four-year complete turnaround of the Corporation from a negative earnings position to the addition of $80 million in working capital and a 30% growth in number of customers.

Prior to assuming the position of CEO at Gateway, Steve served as Senior Vice President of Applied Energy Group (AEG), a consulting firm specializing in the gas and electric industry in both the regulated and de-regulated segments.  His last engagement at AEG was a two-year assignment at Gateway (known as Econergy Energy at the time) where he undertook the process redesign of the customer service, collections and telemarketing functions and led the company’s transition from being wholly dependent upon outsourced sales resources to one capitalizing on the value of a fully employee-based sales and marketing staff.  Additionally, he served as liaison with the company’s sole-source supplier of commodity and credit during a period of negative net earnings and negative working capital.  He also established a complete restructuring plan for the management of the Corporation.

Again, while at AEG, Steve led a variety of engagements both on and off-shore.  Among these were being the General Manager of a utility subsidiary in energy efficiency/ demand-side management and re-engineering the customer service process and managing the specification, acquisition and implementation of a customer information systems at a major US utility.

Before joining Applied Energy Group in 1992, Steve spent more than 20 years in various high level positions at the Long Island Lighting Company, including Director of Customer Relations, Director of Conservation Planning and Administration and Manager of Electric Emergency Service.