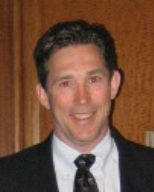 a key role in the restructuring of the retail and wholesale electric markets through his extensive work with various utilities, the New York State Public Service Commission (“PSC”),  and the New York Independent System Operator (“NYISO”).  Additionally, Kyle has been active with the National Energy Marketers Association, where he has held a number of positions, including Chair of Regulatory Policy for the Northeast.

While at Advantage Energy, he pioneered the aggregation of large end - use customers for load curtailment purposes.  Under this program which began in 2001, customers receive capacity payments in return for a commitment to not use power during periods of severe shortage. This highly successful program has saved hundreds of millions annually for New York State consumers and has been replicated across the country.

In 2008 Kyle co-founded Demand Response Partners, Inc. a fast growing demand response provider (aka load curtailment), which operates primarily in the PJM market which encompasses a large part of the East and Midwest.  He has sold his interest in this business.

He was an Ernst and Young Entrepreneur of the Year finalist in 2000.  He has over twenty - five years of business and legal experience.  Prior to founding Advantage Energy, he provided legal counsel to non rate-regulated gas/electricity marketers and served as Senior Attorney for a Fortune 1,000 Public Utility Holding Company for over six years.

Since the sale of Advantage Energy, he has provided consulting services to energy companies of all sizes, particularly those in the start-up and re-organization mode.

He is not subject to any non-compete restrictions.