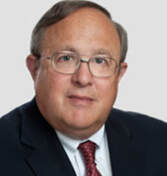 Steve Sherman has been active as an attorney and international trade and regulatory consultant primarily in energy and business development fields for over 30 years in the United States and for 7 years in Europe and Africa, specializing in natural gas, oil and electric issues and renewable energy development. His practice has included regulatory and trial work before state and federal regulatory bodies and federal and state courts; asset transactions; joint venture agreements; negotiation of natural gas, oil, and power sales agreements and renewable energy agreements; international energy agreements; and general corporate matters.  He has also acted as Counsel to the National Energy Marketers Association. In addition to his energy work he has helped clients negotiate projects with various regulatory bodies in the United States, Africa, and the  Baltic countries.   He has also been a visiting professor of energy and environmental law at Lublin University, Lublin, Poland and has been on the Advisory Board of The Richard G. Lugar Center for Renewable Energy (Indiana University/Purdue University).